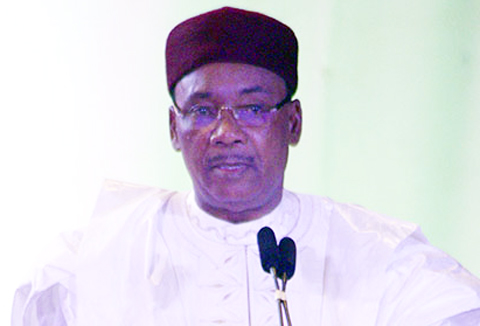 The first edition of the "SahelInnov" exhibition opened yesterday morning in Niamey under the patronage of the President of the Republic, Head of State, HE Issoufou Mahamadou and Ms Michaëlle Jean, Secretary General of the Organization International Francophonie (OIF), godmother of the forum.

The organization of this fair is an initiative of the Niger Small and Medium Enterprises Incubator Center (CIPMEN) and its partners from eight (8) incubators in seven (7) countries of the Sahel. The Palais des Congrès was packed full for the opening ceremony of the show, which included the presence of the President of the National Assembly, the Prime Minister, members of the government, representatives of national and international institutions and several guests. The theme is "Innovation for sustainable development in the Sahel".

For three (3) days, from 21 to 23 February, dozens of young people from Burkina Faso, Mali, Mauritania, Senegal and Chad will discuss "Innovating for Sustainable Development Sahel ". In recent years, these young innovators have created a real dynamic around the development of startups and ecosystems in addition to business incubators. Several speeches marked the ceremony including that of the President of the Republic, Head of State, that of the OIF SG, etc.

At the end of these various speeches and presentations, the Prime Minister, Head of Government, HE Mr. Brigi Rafini, and the Secretary General of the International Organization of la Francophonie, Mrs. Michaëlle Jean, have signed the documents of the agreement Between the State of Niger and the OIF.

This Convention should contribute to the implementation of the Youth and Women's Entrepreneurship Program. After signature, the President of the Reply and the Secretary

General of the OIF have cut the ribbon which gives the kick-off of the show '' SahelInnov ''. They also visited the exhibition booths of several young entrepreneurs who have exhibited their products and know-how.

It should be noted that shortly before the launching of these events, two (2) young entrepreneurs from countries in the space of the International Organization of the Francophonie explained to the audience their entrepreneurial approach, which contributed to the dynamics Of cultural revival instilled by the Government, for, he argues, a Government can not change a country on its own. It is up to the population to do so. The Sahel is a space

Of about 7 million km2, with a population that is more than 70% young and which in 2050 will have more than 400 million inhabitants. "This entails colossal challenges and requires innovative solutions that are being built today. These solutions must combine the techniques and technologies of the West and elsewhere with our realities. For, African modernity remains to be invented. It is the struggle of many young innovative companies in Africa and the Sahel ", noted the Director General of the SME Incubator Center in Niger (CIPMEN) Mr. Almoctar

(Read the full speech of President Issoufou Mahamadou below)

"We are determined to create an enabling environment for the emergence of an inclusive and competitive national digital economy," said the Head of State

Mr. President of the National Assembly;

Ladies and gentlemen of the Government;

First and foremost, I would like to express the immense pleasure we have today in Niamey. Her Excellency Ms Michaëlle Jean, Secretary General of la Francophonie, who is inviting me to her first official visit to Niger, and who honors her presence This ceremony dedicated to the ingenuity, creativity, imagination and innovation of young people, women and men, of the French-speaking world. Our joy in welcoming you is all the greater and more sincere as we see in you, beyond your present functions, a distinguished child of Quebec and a great country, the Canada with which Niger has established, The dawn of independence, excellent relations of friendship and cooperation. It is no coincidence that Pierre Eliot Trudeau, former Prime Minister of Canada and President Diori Hamani were the architects of the 1st and 2nd Ministerial Conferences of the partially or entirely French-speaking countries in Niamey. The outcome of which was the ACCT.

Madam Secretary General, the quality leadership you have shown since your arrival at the head of the OIF, combined with your rich experience in the conduct of public affairs, is an important asset that enables our organization to pursue dynamically the Implementation of the aspirations of Francophone populations to cultural and linguistic diversity, peace, democracy and economic and social development. These are the values ​​we share in the French-speaking world.

When you come to Niger, my dear sister Michaëlle Jean, you honor the country that promoted and sheltered in 1970 the adoption of the Niamey Convention instituting cultural and technical co-operation between the states having the Frenchman, the ancestor of the OIF. The importance that we, as Francophones attach to culture and cultural diversity, justified that it was the starting point of our common adventure. This question is at the heart of the Renaissance program that the Government has been implementing for nearly six years. Culture, as we know, contributes powerfully to political and economic development, as well as to social cohesion. In Niger, the Cultural Renaissance aims to achieve the three modernizations: political modernization, economic modernization and social modernization.

On the political level, we very much appreciate the OIF's actions for the expansion and consolidation of democracy in the French-speaking world. In particular, we are pleased with the support that the OIF has given us during the last general elections held in Niger. I know that I can count on you, my dear sister, for this support to be strengthened, particularly in the field of civil registration and in the production of a biometric electoral register, which will serve as an indisputable basis for the forthcoming elections. Our aim is to build a strong and stable democratic state. This will not happen without a struggle because they are always on the lookout, forces hostile to the democratic order. History has no end. Democratic values ​​will always have an enemy to fight. After the victory of Napoleon at Jena, someone proclaimed the end of history because for him this victory meant the definitive triumph of the values ​​of freedom and equality brought by the French revolution. After the fall of the Berlin Wall, another made the same proclamation. Almost thirty years later, we are still living in an uncertain world, in a world where threats to peace, security and freedom are present on every continent. In the Sahel region, for example, terrorism and criminal organizations, including drug trafficking and migrants, sow desolation every day. The international community must mobilize more to address these threats. It must be more concerned with the situation in Libya. It must be more concerned about the situation in Mali and the Lake Chad basin. The OIF has an important role to play in this mobilization. This is the place to welcome, here, the initiatives you have already taken, dear Michaëlle Jean, in this sense, especially with regard to the situation in Mali.

Democracy, security and development are the three pillars around which the Renaissance program is built. The development of road, rail and telecommunications infrastructure, the 3N initiative (Nigerians feed the Nigerians), the promotion of education, health, access to water and sanitation, Demographic challenge are central to our concerns. We have had tremendous successes in the implementation of this program over the last six years. For example, with regard to the 3N initiative, drought has ceased to be synonymous with famine in Niger. The "My Field" project that you visited the day before yesterday in the Zinder region, and the tele-irrigation project that you visited yesterday in the Tillabéry region, have certainly given you an overview of what can be done by our Young people and our women if they have the support. Moreover, youth is our spearhead and the private sector our driving force in the realization of our ambitious program. We are committed to exploiting the benefits of our demographic structure. We are committed to transforming our demographic assets into an economic dividend. That is why we are investing heavily in education, vocational and technical training and job creation for young people, both boys and girls. But the demographic asset can only really be transformed into a dividend if we succeed in creating the conditions for the demographic transition. This will require strong action against girls' early school leaving, early marriages and forced marriages. It will require strong action in favor of women's access to jobs and property. I know that the OIF is with us in this ambitious undertaking. I know that the OIF will also be with us when it comes to advocating for the mobilization of the financial resources needed to finance our Economic and Social Development Plan 2016-2020. By accepting to be the sponsor of the event that brings us together today, you confirm our support, Madam Secretary General. The Small and Medium Enterprises Incubator Center in Niger (CIPMEN) is certainly happy to count on you. Let me congratulate him for taking the initiative in organizing this first edition of the SahelInnov Forum, whose theme is "Innovating for Sustainable Development in the Sahel".

I would like to congratulate and welcome the innovative startups here present, which now have the daunting task of meeting the challenges of the day. I am pleased to see that their leaders are young people.It is their responsibility to pass on the flame of entrepreneurship to other young people so that we can have a strong private sector that drives economic growth and development.

The signing of the partnership agreement by the Prime Minister and you, the Secretary General, testifies to our common desire to support SahelInnov and lays the groundwork for a more sustained accompaniment of youth, to help charge.

In addition, we are determined to create an enabling environment for the emergence of an inclusive and competitive Digital Digital Economy. Strategic actions have already been taken in this direction and consist of:

- to create a framework for incentives and promotion of young entrepreneurship in ICT activities, with the task of restructuring the digital economy in order to increase its share in the structure of GDP;

- to complete the construction of the national backbone and international fiber optic interconnections in order to provide consumers with better access to quality services and access to the eight regional capitals of our vast country and to support the sector Private partnerships through the creation of several business incubators;

- to develop content and applications adapted to the needs of populations, particularly in the fields of health, management, communication and agriculture;

- to strengthen the human resources capacities on all aspects of the Digital Economy, starting by making it a priority for continuing vocational training;

-to introduce in primary and secondary education the use of new information technologies with a free Internet connection in universities.

Niger has recently become a member of the Smart Africa Alliance, an Alliance that promotes ICT and youth, an Alliance in which we intend to play a very active role through the launch of the "Intelligent Village" initiative, . This initiative aims to significantly reduce the digital divide that exists between our cities and our villages, where more than 80% of our population and therefore our youth live. The success of this important project will be based primarily on the creativity of our youth and its determination to put ICTs at the service of our valiant populations.

This ambitious project is, above all, yours, the youth of Niger and the Sahel, an innovative youth, a reservoir of the continent's talents in its struggle for sustainable development. You can count on my constant support.

It is on this strong promise that I declare launched, the activities of the network SahelInnov.